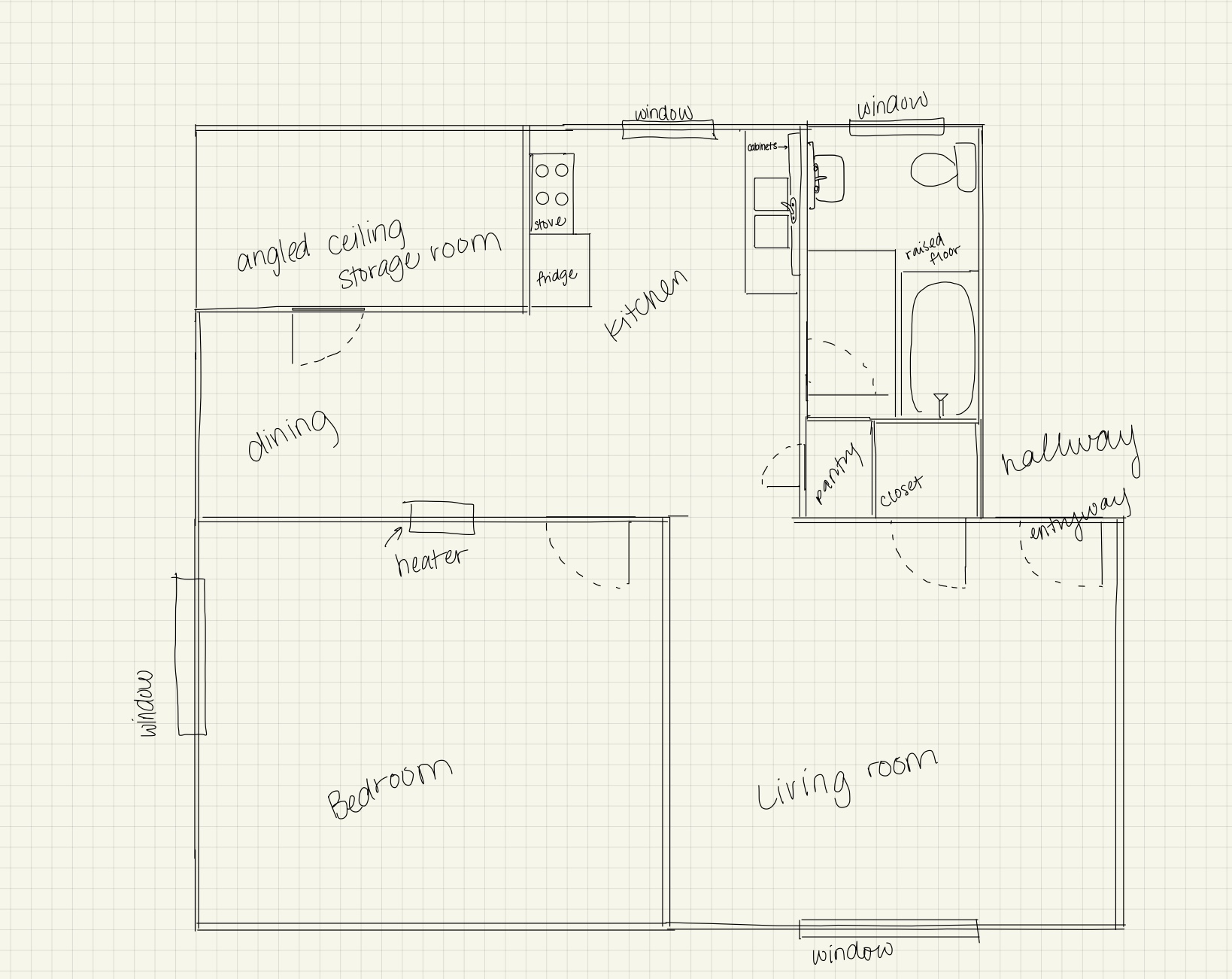 Okay, so here we are. You’ve seen a few photos of the apartment and a little bit of the progress. Now, here are the goals and plans that I’m working towards:

First, here’s a refresher of what it originally looked like: 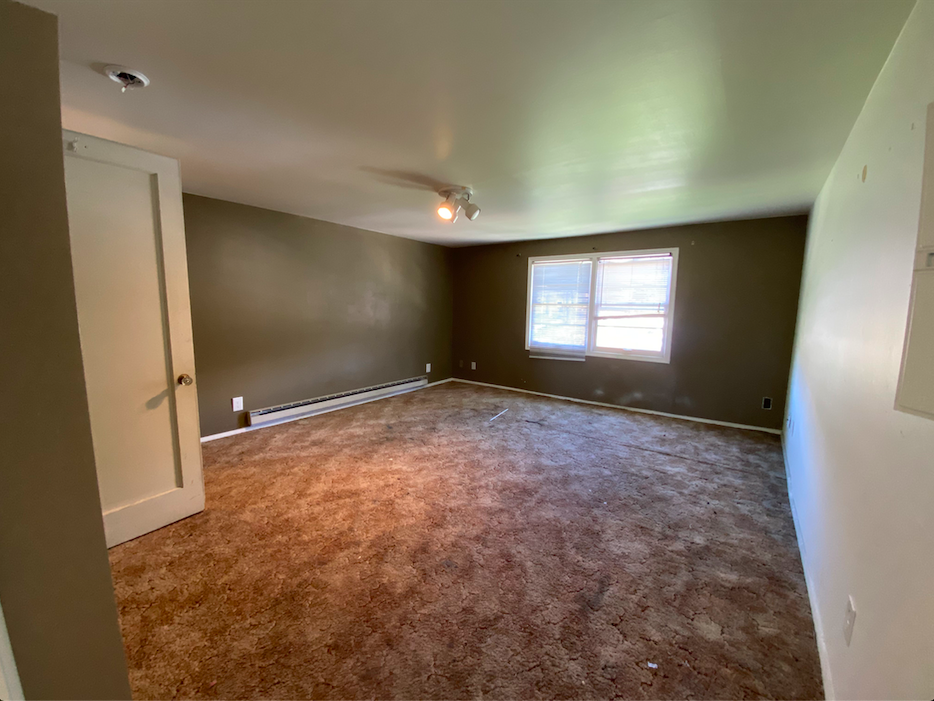 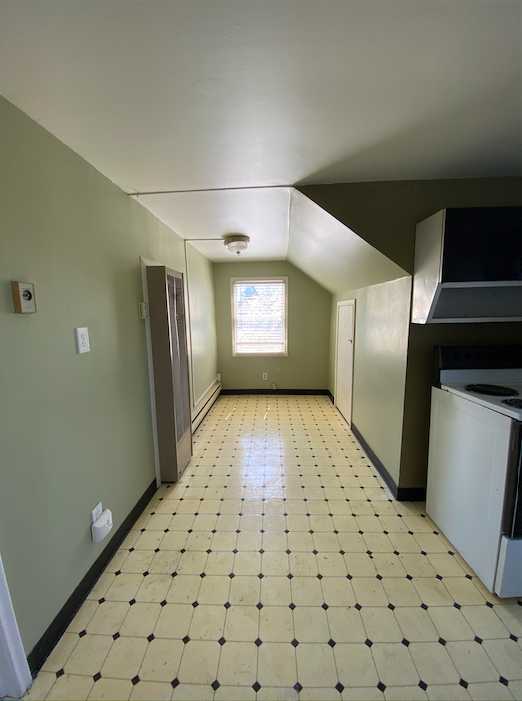 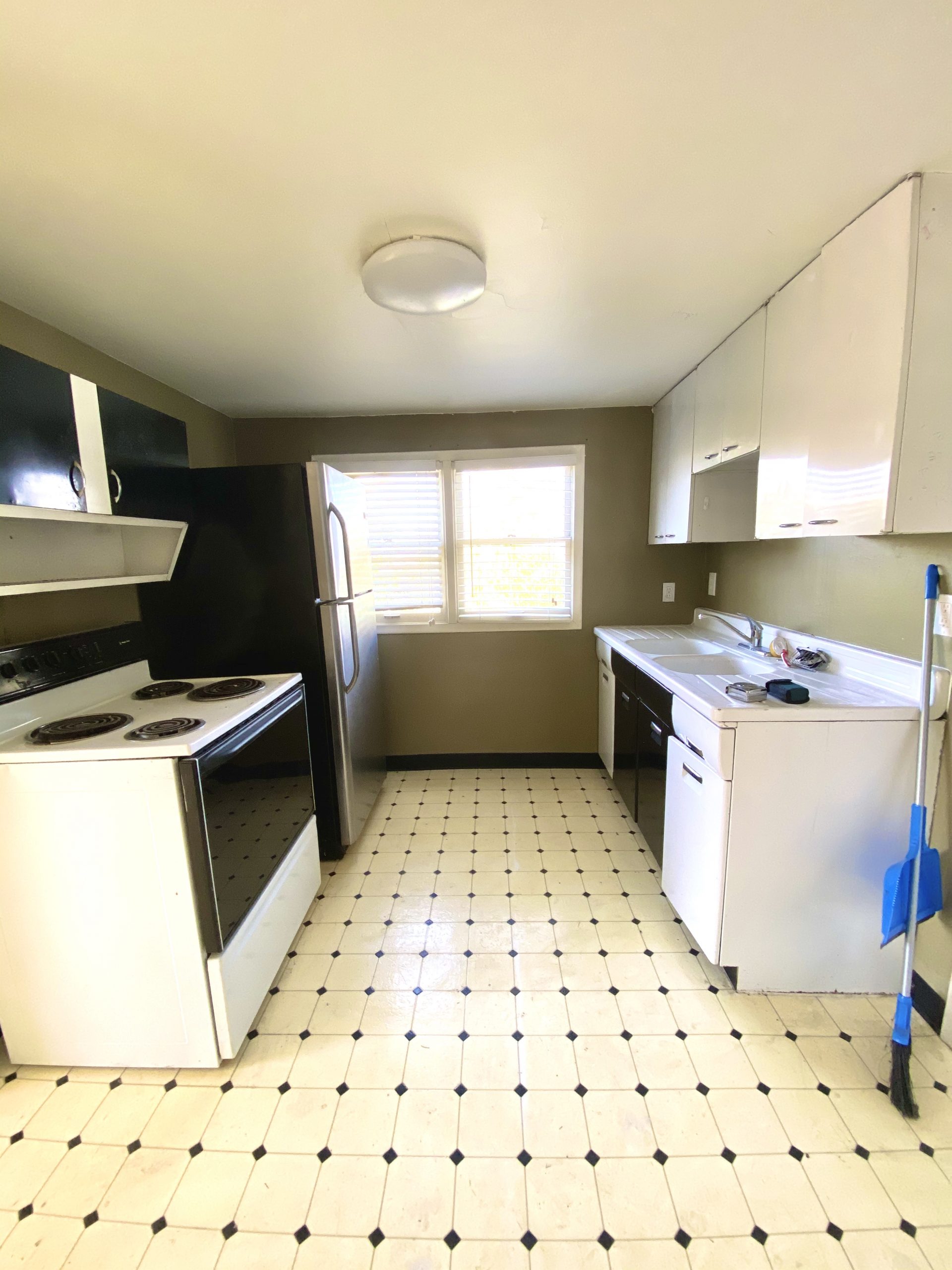 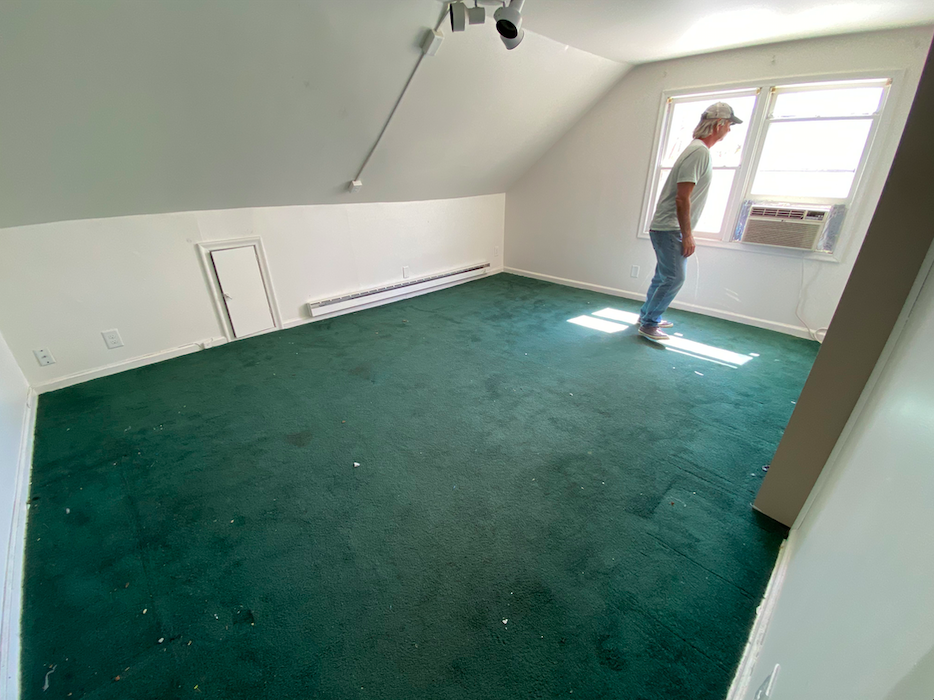 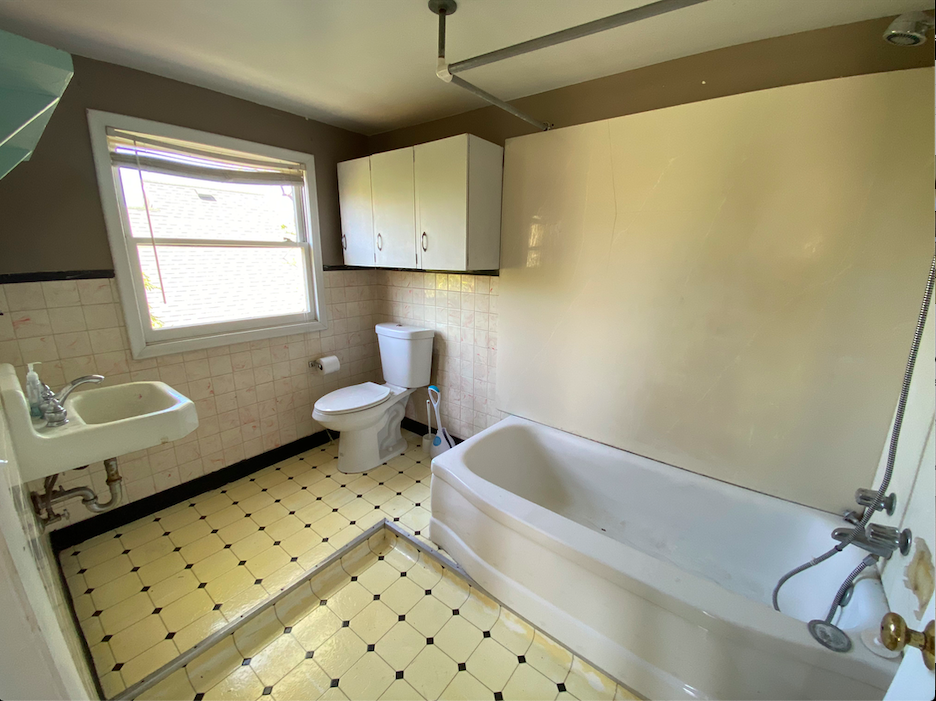 Second, here’s a very rough sketch of what the floor plans are (drawn by yours truly):

I know, the doors are uneven (especially the pantry one), and I just did this all from memory, but now you have a good idea as to what it looks like. I also forgot another angled ceiling in the bedroom, but at least this place has a lot of storage. I’m not taking any walls down or anything, but hopefully, this view will help convey the flow of everything.

I’ve already set up the redoing of the floors. People have come and measured, and I already picked out each flooring. One of the biggest problems with the apartment is that everything can be heard below (the people, A.K.A my dad, below can hear me), so it makes our choices limited. 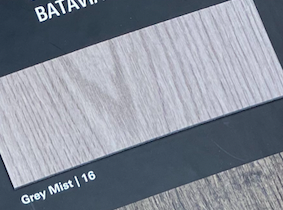 Grey Mist will be used for the kitchen for part of the bathroom. I considered a more brown wood, but when I compared it to other carpets and the bathroom vinyl, nothing really worked better. I think this color will also give the apartment more of an industrial feel, which I’ll have to work with when it comes to furniture. We went with luxury vinyl because there’s a padding that can be added underneath it. We would have the flooring guys clean the original vinyl that’s there, and put the new luxury vinyl on top to add even extra padding instead of removing the old vinyl. 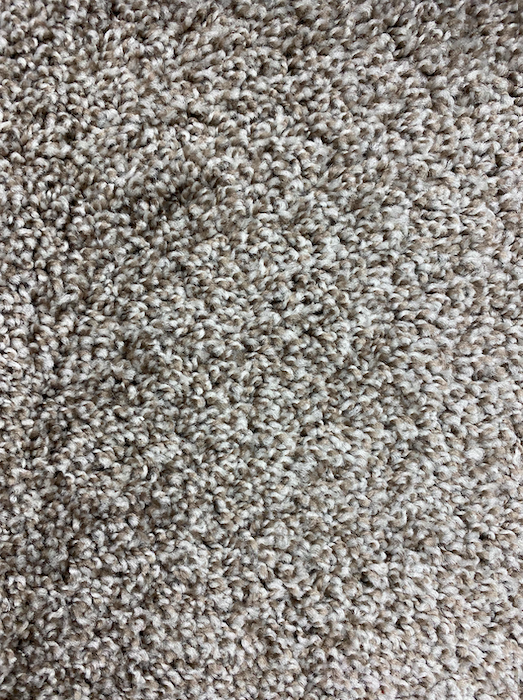 I totally forgot the name of the carpet I picked, but it looks a little bit lighter in person (and it will look even lighter because the walls in the living room and bedroom are white, and those rooms get a lot of light). I was originally going to choose a single-color carpet, but my mom suggested it’s better to choose at least two colors/multicolor. She didn’t really give a reason, but I trust her because she has impeccable taste. I also couldn’t choose white or a cream color because spills and messes would be more visible. Because we were spending more money on the luxury vinyl, we had to cut down on the carpet and the bathroom vinyl. What’s great about this carpet, is I’ll be able to put a rug on top, adding extra cushioning to my steps so they’re less audible from below. 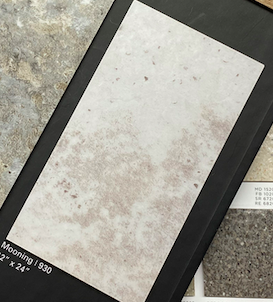 The bathroom floor will be in this pattern, Mooning. I chose this vinyl for three reasons: 1) It was the closest one to white, 2) it was the least ugly for my price range, and 3) I thought the name was fitting for the room.

If you look at the floor plans or zoom into the photo of the bathroom, you’ll see there’s a raised floor. This is because the bathroom wasn’t originally a bathroom when the house was built, so they had to raise the floor to make room for the plumbing. For this, I’ll extend Grey Mist into the bathroom, and it will be cut and used for part of the step.

I promise, the lighting that these images are under are not exact and not what they look like in person, but they coordinate well when put together under the same light.

The floors are the last thing that will be done after plumbing, redoing some drywall, electrical, and cabinets, along with some other things.

Of course, this is the thing I’m most excited about because it’s a large part of the personality of the apartment and is the step right before you move in! Here are my plans for furniture: 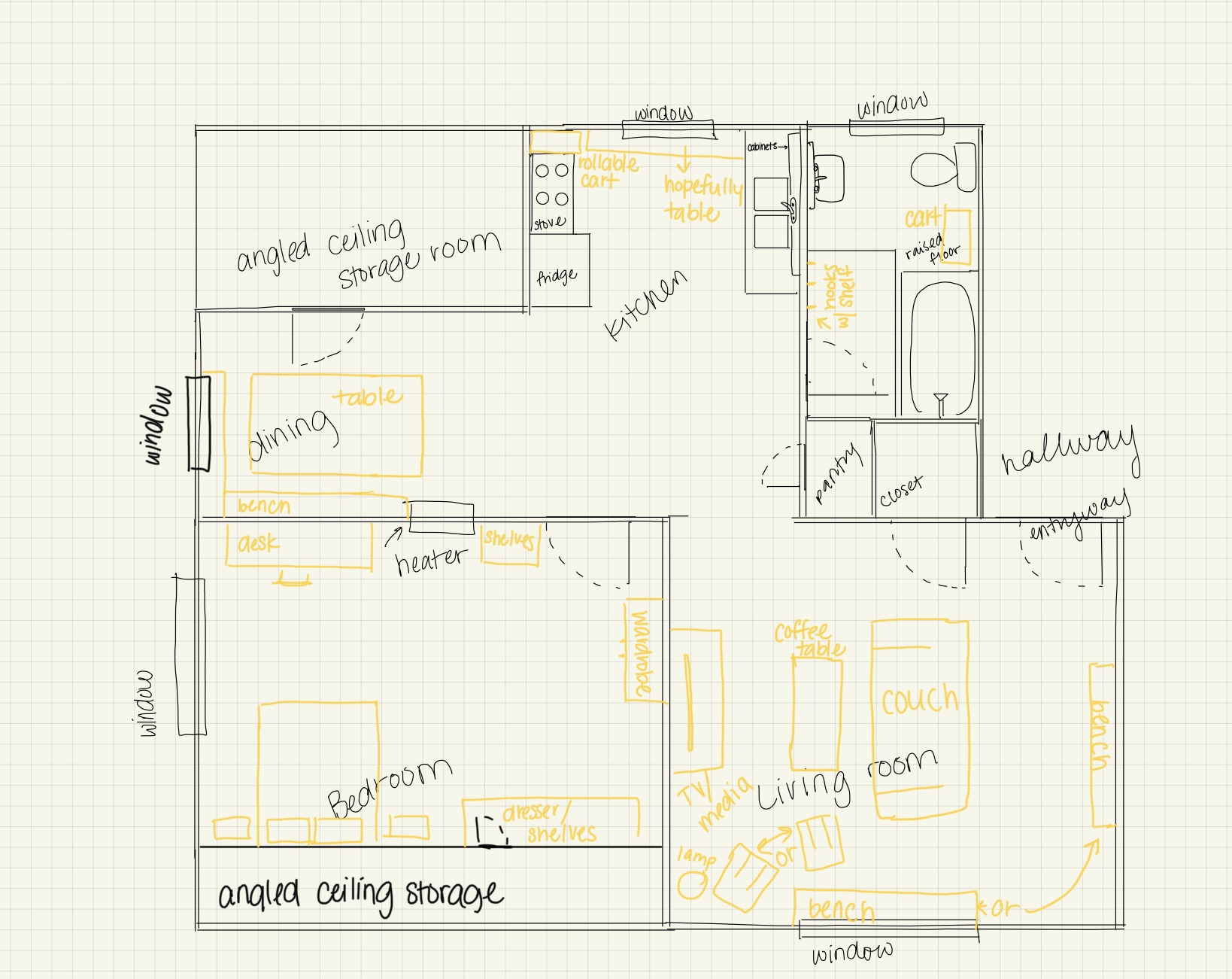 And here’s a focus on the bedroom and dining room: 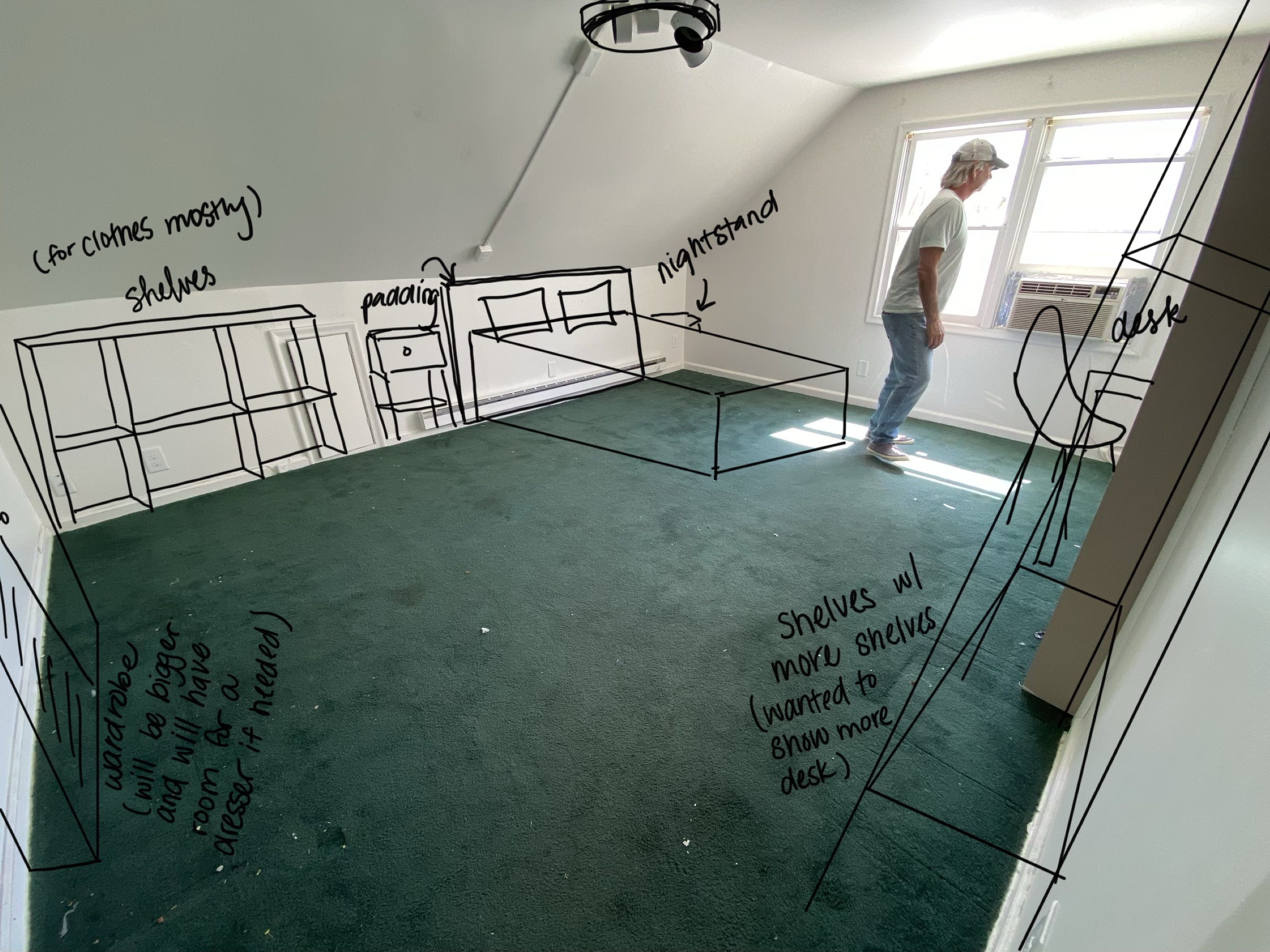 The bed will be fairly low to the ground because of the low ceiling, but I will make the headboard fairly thick so the bed extends outwards more, allowing more headspace. I did consider the space under the window and where the desk will go, but I didn’t want to cover the window with the headboard, and the width of the wall in the desk area wouldn’t fit a queen-sized bed with the heater in the way. I really want to cover up that Coraline door because it’s creepy as hell. I’ll put baskets in the cubbies by the bed so I can store sweaters, t-shirts, pants, etc.. There’s also room for a dresser by the wardrobe that I couldn’t draw. 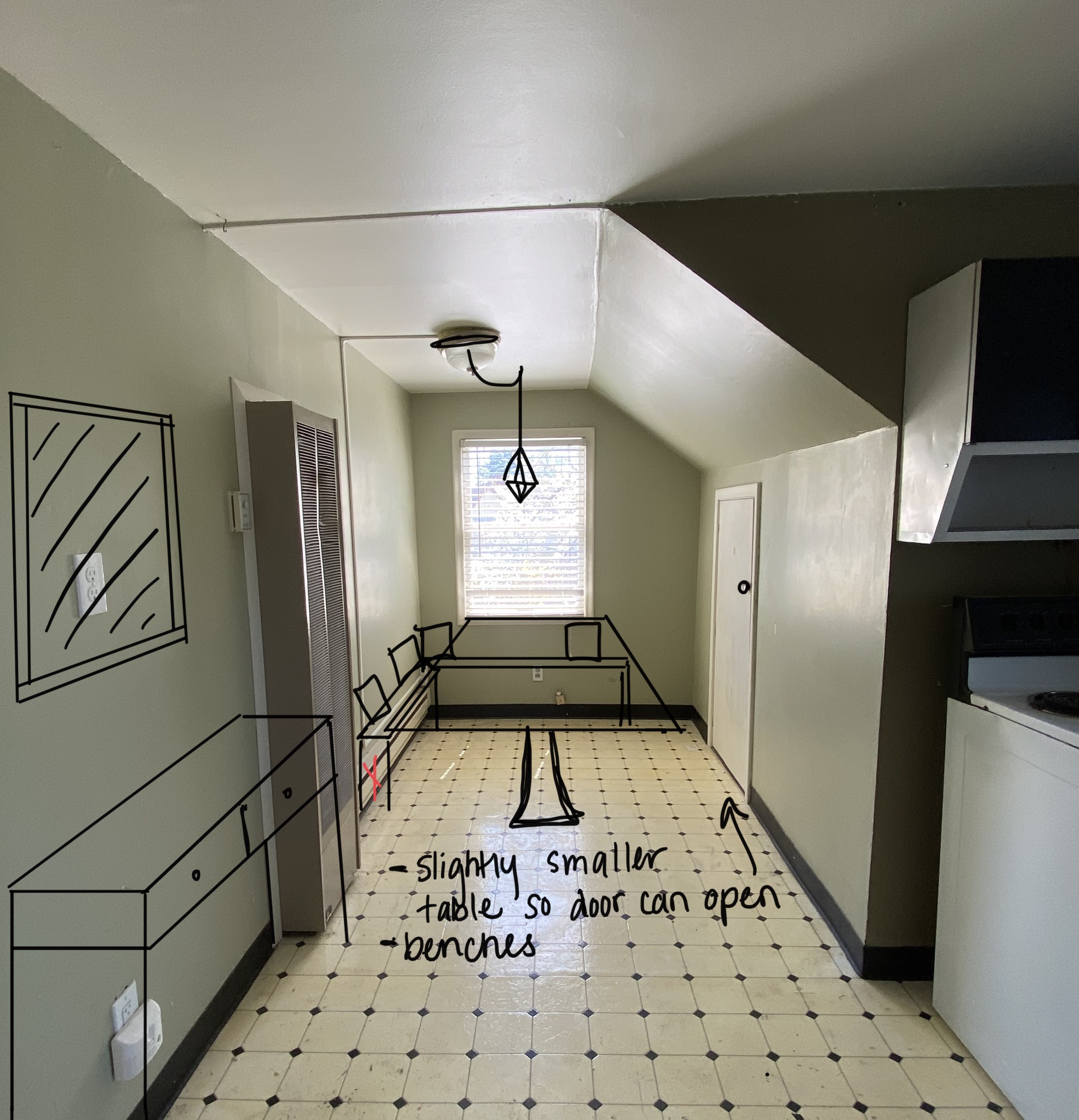 I had a lot of issues drawing the dining table, even though I had a ruler and everything, but I think you get the point. If I put the table in the corner and find one of the right size, there should be enough room for that little storage door to open (I’m pretty sure). I also want specifically a dining table where the legs are in the middle so I can push it against the wall and over the benches so the benches fit underneath. This would be nice for projects and if I’m putting something larger in that storage room (that of course, fits through the door).