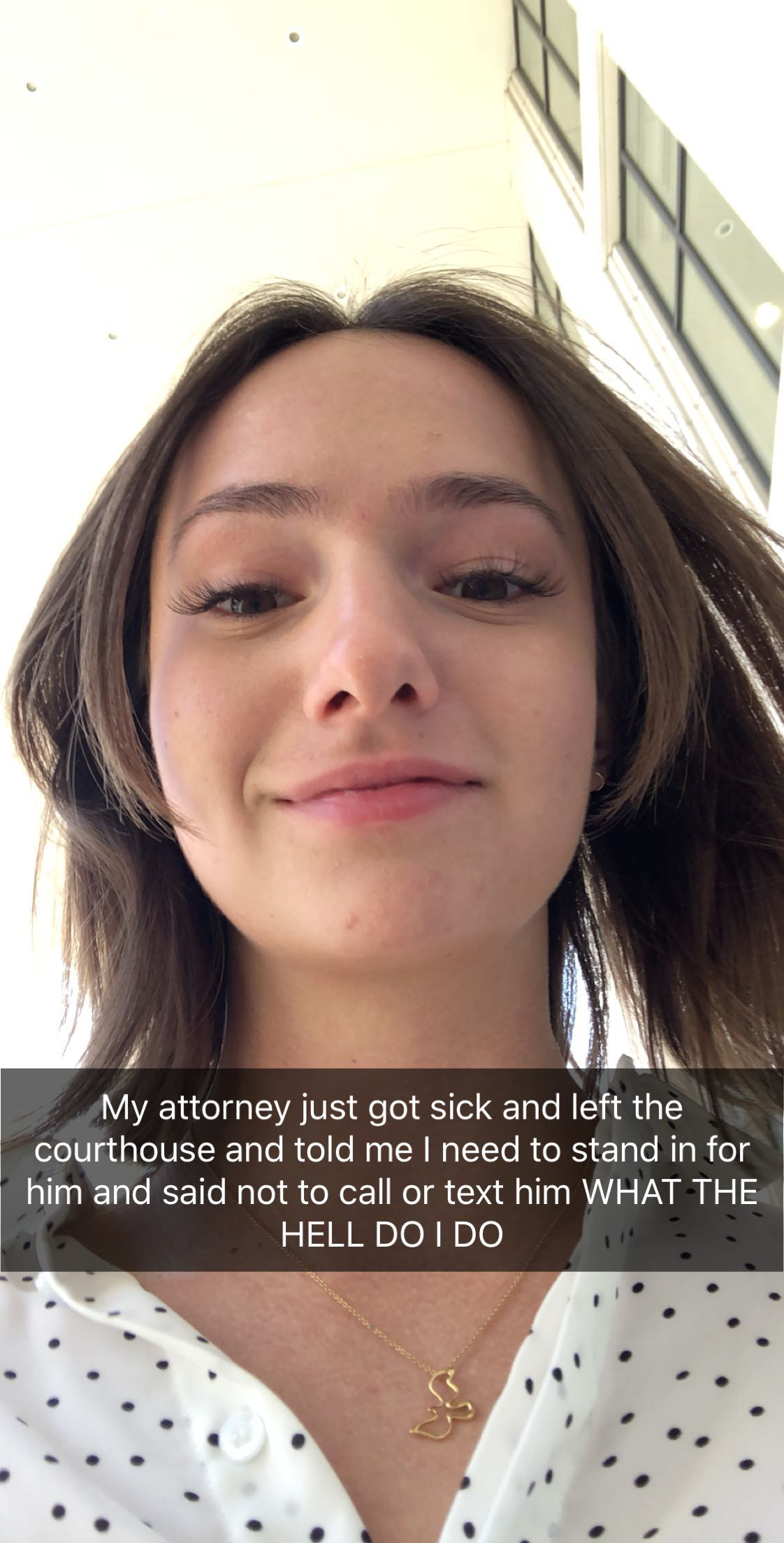 A Story of an Unfortunate Intern

This is going to be a story from my own experience working as a law intern. It’s a bit drab since it’s not a very pleasant memory, but I hope what I experienced helps people recognize when you’re not in a good work environment, and also to understand what’s professional behavior. Also, some adults are just bigger children. I’m changing the name of the lawyer to maintain discretion. His name will be Mr. Parker.

It was the spring semester of 2019. I bought professional office clothes during the winter break because I was so excited to start my internship at the law office that resided in the West End of Boston. I took the T. It was about a 40-50 minute ride to get there from BU. I had been to the office earlier in October for my interview, but I was reminded that the office was a one-bedroom apartment in a very sketchy apartment complex that was under construction. I had to walk through a maze of hallways that went past mailrooms, into basements, into another building, and through a parking garage.

A brief summary of my coworkers: There was Mr. Parker, his paralegal, Finn, and another older paid intern (I’m guessing in his 60s or 70s) named Bobby. I’ve changed their names as well. I worked with only female interns, and we took up the majority of the office. Mr. Parker had hired I would say maybe twelve interns. I only heard of one boy working for him, but Mr. Parker let him leave early and didn’t give him much to do in the office.

A brief summary of my workdays: I worked for eight and a half hours every Tuesday and Thursday. I mostly sat at my computer looking through briefs, making briefs, making documents, and discussing cases with Mr. Parker. This, I discovered later, was mostly illegal. I never signed a contract of confidentiality or anything like so. I would go to the nearby sandwich shop for lunch. On lucky days, I would assist Mr. Parker in court. I would communicate with clients, the clerk, other lawers, go to offices in the courthouse to retrieve papers––I loved it. I would also get to sit up in the front with the attorneys since Mr. Parker was partially blind. I helped him to his chair and told him who was sitting where.

The longer I worked there, the more I got to know Mr. Parker. I realized he was an ambitious lawyer, but he was also… I guess I want to say a discombobulated one. Of course, there were inappropriate comments. Even for a partially blind man. He would make clients wait in the waiting room while he interrogated me about my spring break plans and my love life. And yes, even when I told him there were clients waiting. I guess the worst comment was probably towards the end of my internship. I had hurt my hips pretty badly (believe it or not, stretching) and was in my eighth month of physical therapy. I was walking Mr. Parker to his wife’s car, he asked about my hips, asked if massaging worked, to which I replied no, just to turn the topic away. He asked, “Really? Even if I massage them for you?” I couldn’t stop thinking about how his wife was 10 feet away.

I quit about one week later. I went to the office just one more time after that.

Now here’s the real part of this story.

It was a court day, and I honestly can’t remember if I was by myself or with another intern, but it definitely felt like I was by myself. It was a long day––we had gotten there in the morning and ended up being there for most of the day since there was an argument over guardianship of a minor after his father had come out of rehab.

We were waiting to reenter the courtroom when Mr. Parker asked me to escort him to the bathroom (remember, he’s blind). Before he went in, he asked me to go back to where we were sitting and get his coat and briefcase. I did and met him back at the doors of the restroom. He told me he had a stomach ache and wasn’t feeling well. He asked me to take him downstairs and outside. I was confused, and then I saw Finn drive up. Mr. Parker got in the car and told me, “Tell the judge I’m sick. Stand in for me. Don’t contact me.” Finn waved and drove off.

I stood there with my jaw dropped for a split second, but immediately turned around to hurry back to the courtroom. What was going to happen? I wasn’t prepared for this! As I approached the courtroom, the minor’s attorney assigned by the state said, “Oh good, you’re here! The judge just called in the attorneys.” And she pushed me along. I told her Mr. Parker had left, but what could she do?

“Where is Attorney Parker?” The judge asked. Everyone looked at me. I don’t remember sitting down, but I did what I thought was appropriate and stood up to speak into the mic. “Your honor, he had a sto-medical emergency.” I almost said stomach ache but quickly cut myself off for something more understandable and less demeaning.

She chuckled disapprovingly. Apparently, she already wasn’t a big fan. “Miss, you have a license to practice law?” She asked me. I, little twenty-year-old Belle Ferro replied, “No, your honor, I’m twenty.” I thought to add my age in there would them a couple of things. 1) I have no idea what the hell I’m doing. 2) I’m a baby, help. And 3) I haven’t even had the time in my life to complete any proper legal training whatsoever.  She laughed a little bit and said there’s no way we could continue. She turned the mic off to go off the record and came to stand closer to us. We figured out a later date (since I was luckily left with Mr. Parker’s planner) to continue the case. The judge made sure to emphasize that what he did was illegal. You can’t leave an intern at a courthouse by themselves to stand in for you. Seems obvious, right? Big no-no.

That was also around the time I quit. I think a week before the big hit I talked about earlier. One of the other interns who became my friend, Rachel, told me when she found about my leaving that she wished she could. A couple of other interns had told her the same thing, but they didn’t because an excellent recommendation to law school was at stake. The experience didn’t turn me away from law. I know there are people like that everywhere in the world and in every career. But there was no way in hell I was going to take another day of weird and creepy comments, a floor that hadn’t been vacuumed since 1820, and illegally acting as a paralegal for a letter.

By the end, there were also scheduling issues. I got food poisoning one day and he asked me to make it up to him by coming into the office on a different day. I gave him a list of days that I could and then he told me I can’t make my own schedule. When I notified him that I didn’t think the internship was working out, and thanking him for his guidance and opportunity. He didn’t respond.